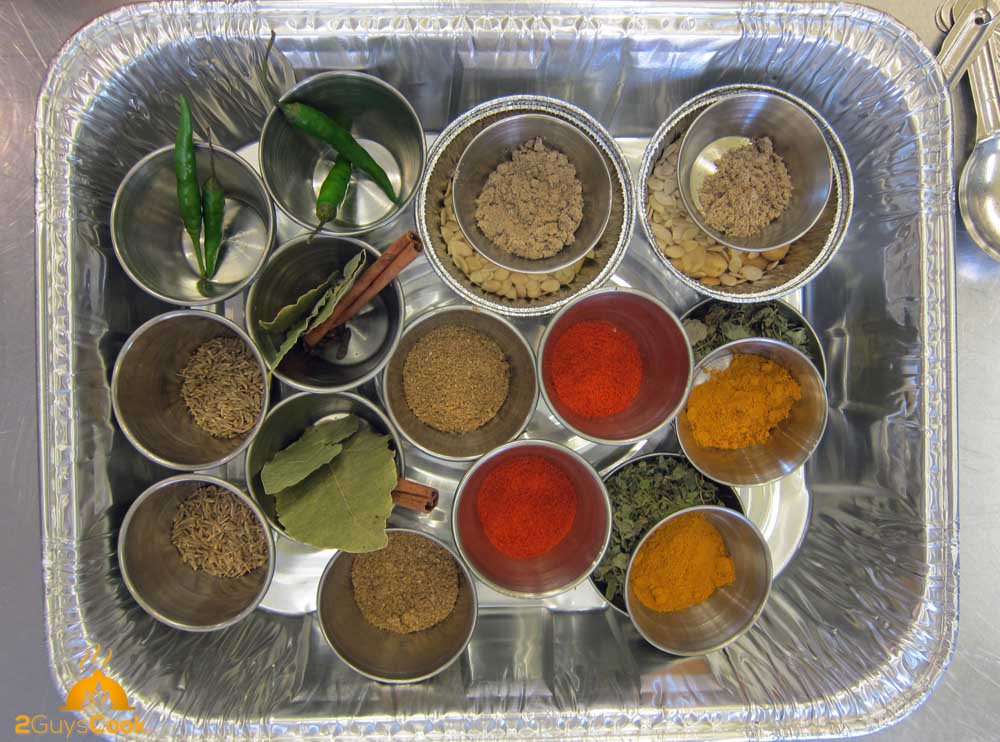 The second class of George Brown College’s Indian II (HOSF 9428) covered prepared chicken tikka masala, an Indian chicken dish that is somewhat similar to butter chicken,  It was classified as the “national dish of Britain” in 2001 by the British Foreign Secretary.

Chicken pieces are marinated in a spicy yoghurt mixture that is then grilled and added to a flavourful tomato based gravy with grilled vegetables.

To round out the meal, we made lachacha paratha – a  cripsy, layered naan/roti type bread.  We have made several Indian breads and this is the best so far…. 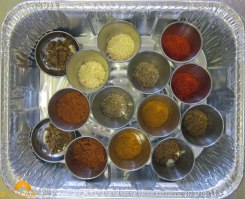 Spices for the chicken marinade and the gravy. 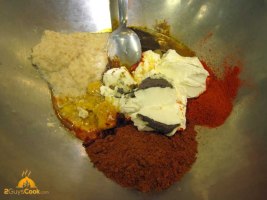 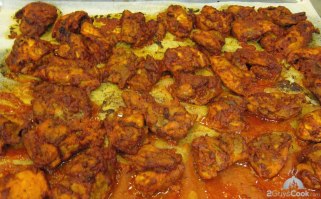 Chicken thighs are marinaded in a mixture of yoghurt, ginger, garlic and spices prior to baking in the oven until cooked through and browned.

Chicken tikka masala is finished with slivers of ginger, green chili and coriander. 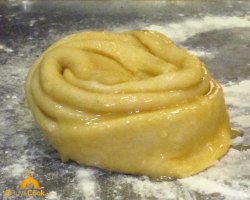 Paratha dough is rolled out, covered in butter, and folded into rosettes. 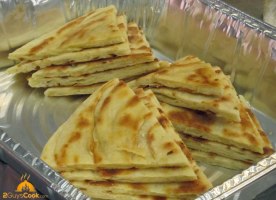 After rolling out the dough again, it is fried on a tawa (flat Indian cooking pan) until golden brown.  They are buttered again before cutting into wedges.